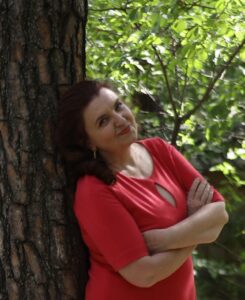 Polish opera singer, graduated of the Mieczyslaw Karlowicz Secondary Music School in Poznan and the Ignacy Jan Paderewski Academy of Music. She began her musical education with the cello, then the piano. She complemented her vocal studies at the Ignacy Jan Paderewski Academy of Music in Poznań by participating in master classes conducted in Weimar by Hannelore Kuhse and in Zurich by Elisabeth Schwarzkopf. She has won First Prize at the Benson and Hedges International Vocal Competition in London and Second Prize at the International Vocal Competition in Rio de Janeiro.

In 1984-1998 she was associated as a soloist with the Stanisław Moniuszko Grand Theatre in Poznań. In January 1986 she began her international career, which began with a performance of the part of Liù at the Royal Opera House Covent Garden in London and continued with performances at opera houses in Europe and both Americas. She has performed leading soprano roles in, among others: Teatro alla Scala in Milan, La Fenice in Venice, Opernhaus in Zurich, Vienna Staatsoper, Munich Bayerische Staatsoper, Berlin Deutsche Oper, Paris Théâtre du Châtelet, Brussels Théâtre de la Monnaie, Teatro Colón in Buenos Aires, New York, Atlanta, Los Angeles and others. She has performed at the Mozart Festival in Salzburg and Maggio Musicale Fiorentino. Apart from the opera parts, she has performed oratorio and cantata works, e.g. at the Musikverein in Vienna, Salle Pleyel in Paris, Tonhalle in Zurich, Davies Hall in San Francisco, the National Philharmonic in Warsaw, Konzerthaus in Berlin, Lotte Konzert Hall in Seoul and Suntory Hall in Tokyo. She has collaborated with many conductors, including Riccardo Muti, Lorin Maazel, Nello Santi, David Zinman, Jeffrey Tate, Vladimir Fedosejev, Antoni Wit, Grzegorz Nowak, Kazimierz Kord, Marcello Viotti, Carlo Rizzi.

A recording of the 3rd Symphony of Henryk Górecki made in 1985 great success, was repeated after years (in 2018) in Tokio and Seul also with success. 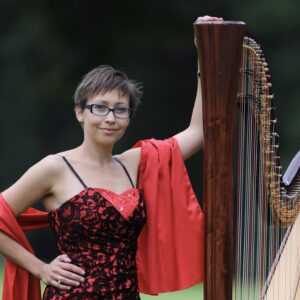 She took part in numerous international music festivals (Farinelli Music Festival Andria, Music Festival in Łańcut, Festival dell’Arte, Poznań Music Spring). As a chamber musician, for several years she was associated with the An_Arche New Music Ensemble, and together with violinist Michał Maciaszczyk she created the Laskine Duo.

She has made a number of recordings on CD, radio and television. Contemporary composers dedicated their works to her (Tomasz Prasqual, Marcin Zieliński, Piotr Moss, Monika Wierbiłowicz, Janusz Stalmierski, Maciej Jabłoński).

Since 2005 he has been leading a class at the AM in Poznań. She established the Poznań Harp Autumn, which has been recognized in the Polish harpist community for years. She was also a lecturer at the Prathom Harp Center in Bangkok. She is a member of the jury of the Harp Competition “Young Talents” in Szczecin. She gave concerts in many European countries (Austria, Germany, Italy, Belgium, Slovakia). Soon, her “Methodical Guide to Playing the Harp” will be published by PWM, discussing original teaching methods (cliché and progressive method).