The Department of Percussion 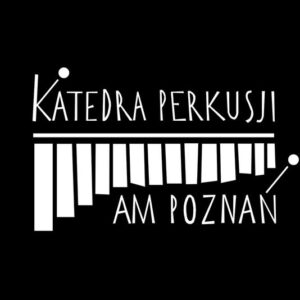 The history of Poznań percussion school dates back to 1953, when Jerzy Zgodziński – musicologist, music theoretician and percussionist – commenced his work as teacher of percussion in two local secondary music school: the M. Karłowicz Secondary Music School and the F. Chopin Secondary Music School. His objective was to provide his graduates with an opportunity to continue their education at an academic level.

Four years later, Zgodziński’s persistence and determination as well as acceptance and support granted by the then dean of the Department of Instruments at the State Higher School of Music in Poznań, prof. Zdzisław Jahnke, resulted in founding the first percussion class in Polish higher musical education system.

Poznań School had been the national centre of percussion studies for many years before other higher schools of music opened their own percussion classes. Zgodziński’s pioneering task weas to develop a curriculum, select efficient teaching methods and, above all, obtain scores and instruments which at that time were in short supply in Poland. He managed to accomplish his mission thanks to his abundant international contacts with the leading percussion centres all over the world, especially in the USA, and his private contacts with the most illustrious percussionists. Therefore the obligatory compositions performed by percussion students in Poznań met the highest world standards.

In 1963, prof. Zgodziński and his alumni formed Poznań Percussion Ensemble, the first and for many years the only band of the kind in Poland, modelled after similar groups acting in the USA. Its inaugural concert at the A. Mickiewicz University Concert Hall on 18th January 1965 commenced a thirty-year career and was succeeded by about 120 concerts, 30 of which were given abroad (including Denmark, the Federal Republic of Germany, the Democratic Republic of Germany, Czechoslovakia, Romania, Bulgaria and the USSR). The Ensemble gave 25 world premières of foreign compositions and 56 premières of Polish works.

The year 1972 brought the founding of first Section of Percussion in Poland with Jerzy Zgodziński as its first Chair. In consecutive years the Section was headed by Jerzy Skrzypczak, Academic Professor (1996–1997) and prof. Edward Iwicki (1997–2005).

The Department of Percussion appointed by the Senate of the I. J. Paderewski Academy of Music in Poznań in the academic year 2005/2006 is unique in Poland. It is chaired by prof. zw. dr hab. Marian Rapczewski, its initiator and heir to Zgodziński’s artistic and teaching achievements, as well as continuator of the idea of developing and popularizing percussion music in Poland.

Activity of the Department is based on methods for percussion teaching evolved by Zgodziński. Significance is attached not only to solo performance on the highest virtuoso level, but also to playing in ensembles. In the recent decade the students of the Department have been awarded at 13 international percussion competitions (in Fermo, Pescara, Plovdiv, Kraków, and Opole), winning eight first prizes. Thanks to numerous succeses of prof. Rapczewski’s students and graduates, as well as his artistic activity and unusual determination in propagating the local percussion tradition, he now ranks among the most highly regarded teachers in Poland.